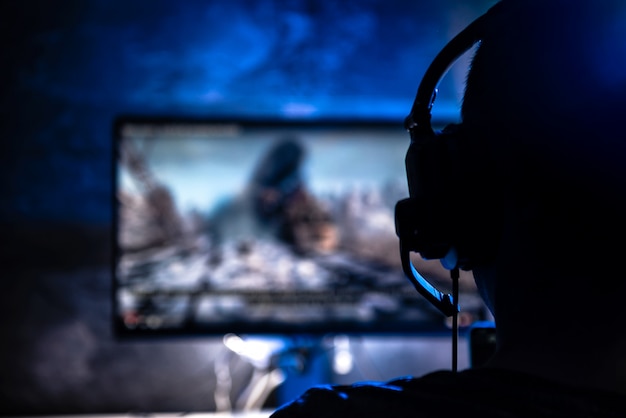 E-Sports has become increasingly popular over the years and has grown into an industry that is both made up of many members (over 1 billion online gamers worldwide) and profitable.

Whether you are interested in chilling with your friends and playing a game, or you are someone that sees the financial possibilities, there are options for you.

What are online games exactly?

Any game that can be played via the internet with other gamers is considered an online game. The main point is that you are playing with people not connected to the same network as you and that they can be from anywhere in the world – as long as they have an internet connection.

Online games are very popular and most modern games are being released with online options. Before buying a game to play online, it is recommended that you make sure the game offers online gameplay. There is nothing worse than buying a game only to realize it was not what you had anticipated.

There are many popular online games, but not all of them are the same genre. It is important that you choose a game that you can see yourself playing for a while because online games often require many hours of work before you become good.

The RTS (real time strategy) game Age of Empires was one of the first massively popular online games. This game combines having to think fast (strategy) and defeating your enemies (action), which makes it enjoyable for many people.

AoE is one of the games with the oldest communities and some die-hard fans are still playing AoE games today, some 20 years after its original release.

2018 saw the release of the 4K remake of the original Age of Empires and Age of Empires 4 is expected to be released later during this year, or early in 2019. AoE 4 will definitely be a popular game and is a good opportunity for those who haven’t experienced online strategy games to get involved.

If you know anything about online gaming, you will have heard of World of Warcraft. WoW is an RPG and one of the biggest and longest running online games. The first expansion was released in 2004.

Currently, there are 6 expansions to the original game. The popularity of WoW has risen and fallen over the years, but it is still a giant in its own right, boasting one of the highest monthly memberships of any game.

Original WoW fans may have found the past few expansions to be lacking some of the things that made vanilla WoW so popular. Don’t worry, because the new expansion ‘Battle for Azeroth’ promises to bring back elements from the golden days. The expansion is set to release during Q2/Q3 of 2018 and is already available for pre-purchase along with its usual bundle of goodies.

WoW is definitely an online game that has, and will, continue to stand the test of time.

Minecraft is a game that revolutionized online gaming. The first of its kind, Minecraft is a sandbox RPG action-adventure game that also involves strategy – a real multi-genre hit.

There is something for everyone in this game and for those that find its arcade graphics boring, there are many graphics/texture modifications available.

You start the game as a lonely character in an endless world (and yes, we do mean endless). From here you must use your hands to break down trees and use the wood to make basic tools. After this, the game really starts and even though there is a storyline (to make it more interesting) you can continue playing indefinitely and will never run out of things to build/do.

What’s fun about playing this game online is that it isn’t about fighting the other gamers (although it can be) and gamers do better trying to work together to overcome the many challenges that Minecraft offers.

If you are looking for an online game, you really are spoiled for choice and we are only touching the surface with the above three games. Remember, online gaming is about fun and even if you are doing it for fame or fortune, you will have a better overall experience if you are enjoying yourself at the same time.